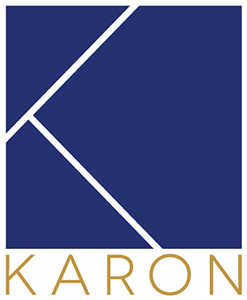 Dan chairs the ABA’s National Institute on Class Actions, is co-vice chair for the American Association for Justice’s Class Action Litigation Group, was an editorial board member and contributing author to the ABA Litigation Section’s publication Class Actions Today–Jurisdiction to Resolution, was a member of the Ohio Association of Justice Board of Trustees, and served as an editorial board member for the Ohio Academy of Justice’s Ohio Trial magazine. He writes a bimonthly column on class actions for Law360. He has published multiple law-review articles, and bar-journal articles, and op-eds on class-action topics, and he lectures nationally on class actions for the ABA and other bar associations.

“T’was Three Years After Twombly and All Through the Bar, Not a Plaintiff Was Troubled From Near or From Far.”  The Unremarkable Effect of the U.S. Supreme Court’s Re-expressed Pleading Standard in Bell Atlantic Corp. v. Twombly, 44 U.S.F. L. REV. 571 (2010)

Price Fixing and Market Allocation–What to Avoid, What to Watch For, 2.2 ABA’S ANTITRUST COUNSELOR 1 (2005)

Price Fixing, Market Allocation and Bid Rigging Conspiracies:  How to Counsel Your Clients to Detect Violations and Inform You of Potential Claims, 25 AMER. J. TRIAL. ADVOC. 241 (2002)

Kicking Our Gift Horse in the Mouth—Arbitration and Arbitrator Bias:  Its Source, Symptoms and Solutions, 7 OHIO ST. J. ON DISP. RESOL. 315 (1992)

Winning Isn’t Everything, It’s the Only Thing.  Violence in Professional Sports:  The Need for Federal Regulation and Criminal Sanctions, 25 IND. L. REV. 147 (1991)

Contributor, A. Scalia & B. Garner, Reading Law: The Interpretation of Legal Texts (2012)

SELECTED BOARD MEMBERSHIPS AND CIVIC ACTIVITIES